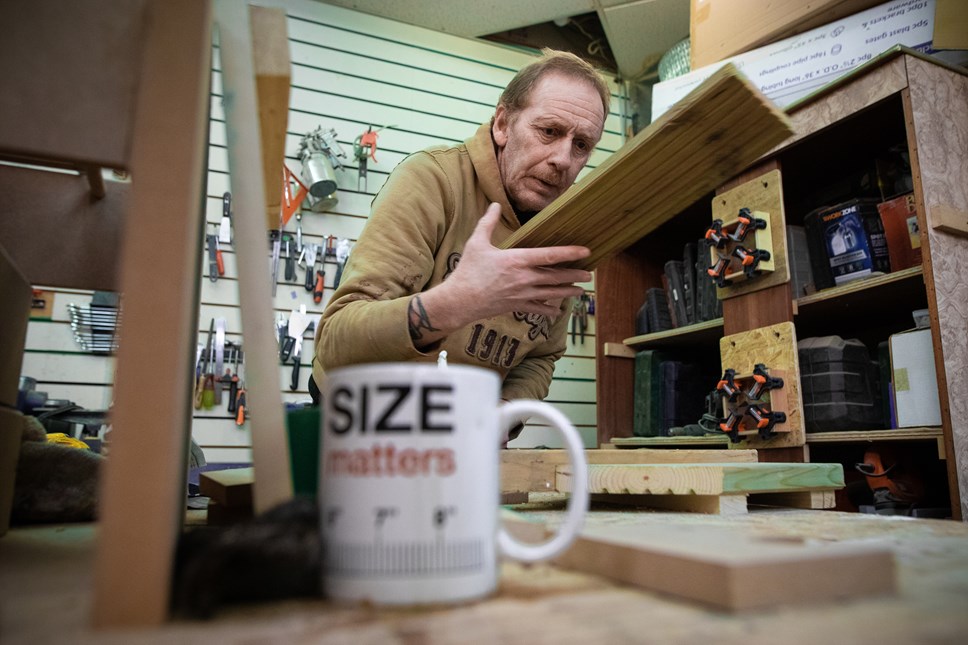 How Men’s Sheds, a national charity with 300 groups, uses the familiar surroundings of a shed to encourage men to come together, create and connect with others.

Eddy Flynn would take ideas from YouTube, go into his shed and make things. He spent a lot of time alone but never thought of himself as lonely until he came across the Men’s Sheds movement on a forum and became involved. “It made me realise my mental health had been affected by isolation.”

Men’s Sheds, a national charity with 300 groups, uses the familiar surroundings of a shed to encourage men to come together, create and connect with others. They help reduce loneliness and isolation, but most importantly, they’re fun.

After eight months of volunteering Eddie became coordinator for a new shed project in Bootle’s New Strand shopping centre. “They put me on a social enterprise course which was terrifying! I’d never done anything academic but dealing with people again boosted my confidence." Now he motivates others to step over the threshold of Bootle Tool Shed. Volunteers create wooden furniture and crafts to sell. There’s the usual workshop banter. At lunchtime machines are switched off and the men sit down together for a hearty lunch.

As a ship’s engineer, Roger had travelled the world. After retiring and moving to his dream home by the sea, he lacked ‘something to get up for’. Now as a Tool Shed volunteer he’s thriving. “It’s very friendly, we help each other. You listen to other people and stop feeling sorry for yourself.”

During lockdown the group has met via Zoom and Skype. There’s always a phone call for those who don’t have smart devices. Work benches are currently being rearranged for social distancing so the Tool Shed can once again welcome its volunteers.

Eddy talks of his shed with a wry grin but also affection. “It’s an informal welcoming place. Even the grumpiest among us take pride in helping someone else.”

Ted is the shed’s self appointed cook. For some, the lunches he prepares maybe their only meal. He joined on the advice of his GP following the death of his wife.

“At first I thought ‘no way’ but I was in a rut. I came in, put the urn on and made everyone a drink. I’ve never looked back. I’d given up, but now I look forward. I couldn’t be without them. We’re like a family.”

For information on Bootle Tool Shed: 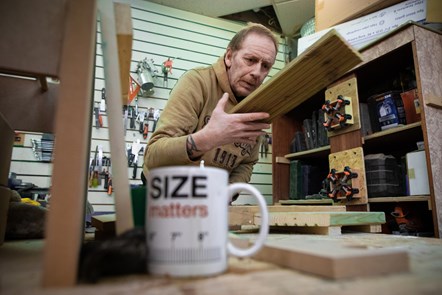 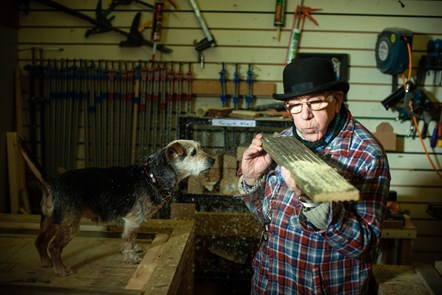