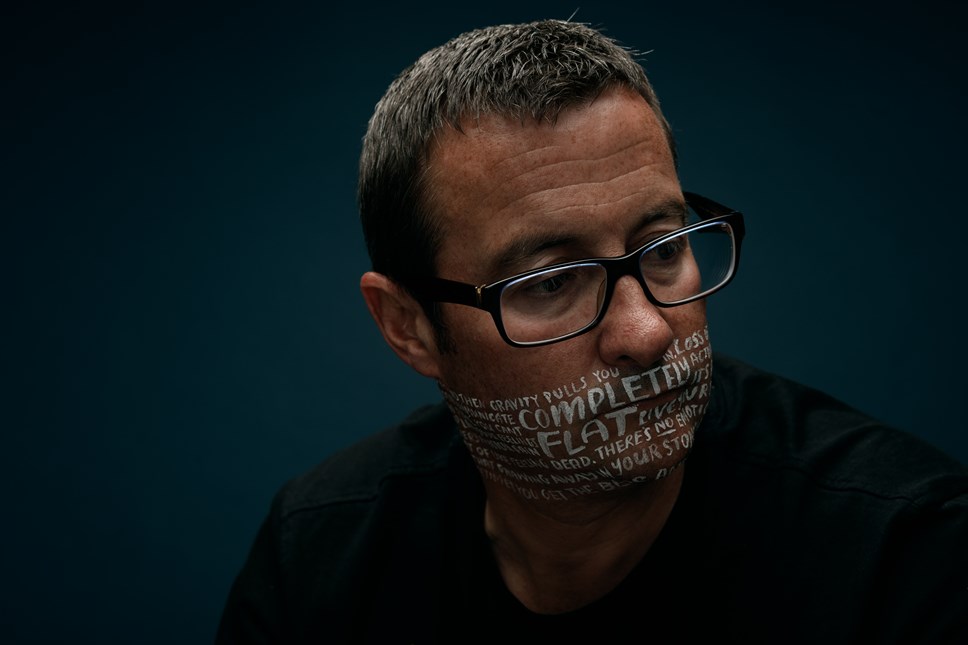 Charlie Clift opened up to his parents when he became depressed as a student. They supported him as he recovered. They bought him a camera as therapy.

He became an acclaimed professional photographer and now he’s using his experiences and his skills to help others open up and share their thoughts and feelings.

”I had to drop out of my studies because I just lost all motivation and drive. I ended up moving back in with my parents and taking a year off. They were amazing and really supportive. Thankfully, I could open up and talk to them—that really helped me a lot,” told arts blog mymodernmet.

Still occasionally haunted by depression he began thinking about how he could use his work to stimulate conversation and contribute to the growing movement to wipe out mental health stigma.

Charlie linked up with lettering artist Kate Forrester. He’d seen Kate’s work and knew she was the right person for what would be a hugely challenging experience for everyone involved, not least the portrait subjects.

Let’s Talk asks ordinary people who have suffered from mental health issues to open themselves up and share what goes on inside their minds. Their words are then transformed into artistic hand lettering across their skin by Kate, allowing their inner thoughts to come out in Charlie’s moving portraits.

“I launched a social media campaign and was overwhelmed by the amount of people who got in touch wanting to take part. It made me realize that there are many people willing to open up and talk about their mental health.

“The process was quite a long one and the whole way through I made sure people felt comfortable and knew exactly what they were getting into—I didn’t want there to be any surprises for the participants. I also made sure that I didn’t judge anyone,

His photographs and the lettering throw bare the often hidden facets of someone with a mental health issue. The contrast between expressions and the words and phrases are a stark reminder of how our thoughts belie our public persona. And that everyone is different with their own story to tell. Charlie recalls the bravery shown by people who had been through ‘incredibly tough times’.

” I was asking them tough questions but needed to get them to express in their own words how it feels inside their head. I recorded this conversation so that later on Kate and I could pick out the most poignant words and phrases to write on their face.

“Seeing how much they achieved despite their mental health difficulties was really inspiring for me…this campaign has been very public and I admire them hugely for opening up and encouraging others to do the same in the process.

“I also found that it helped me understand my own mental health difficulties a lot more—during the interviews I often found myself thinking ‘I’ve felt like that’ or ‘that’s happened to me’.

“I have had people write to me saying that Let’s Talk has helped them talk to their partner or child when they couldn’t before. They’ve used it to spark a conversation. I believe that art has a unique power to encourage conversation. The more each of us is open about our difficulties with others, the easier it will be for them to seek help when they need it.”

MC magazine granted permission to use photos by Charlie Clift. Text adapted from an original interview with mymodernmet.com 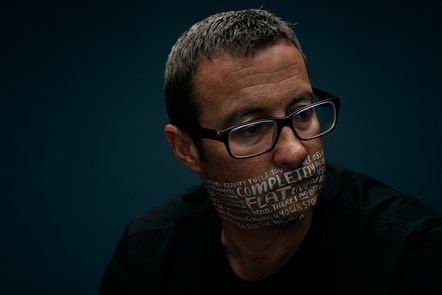 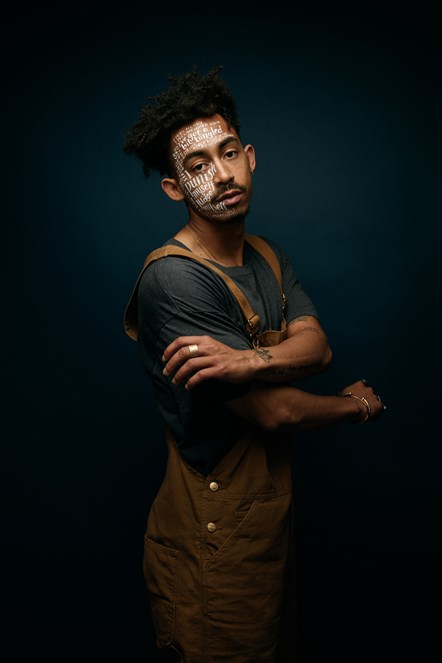 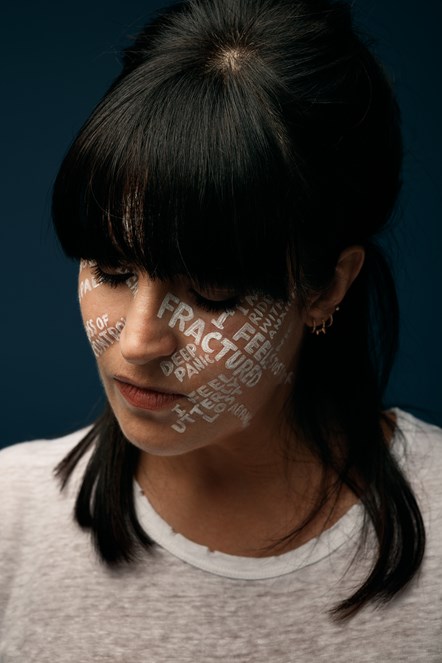