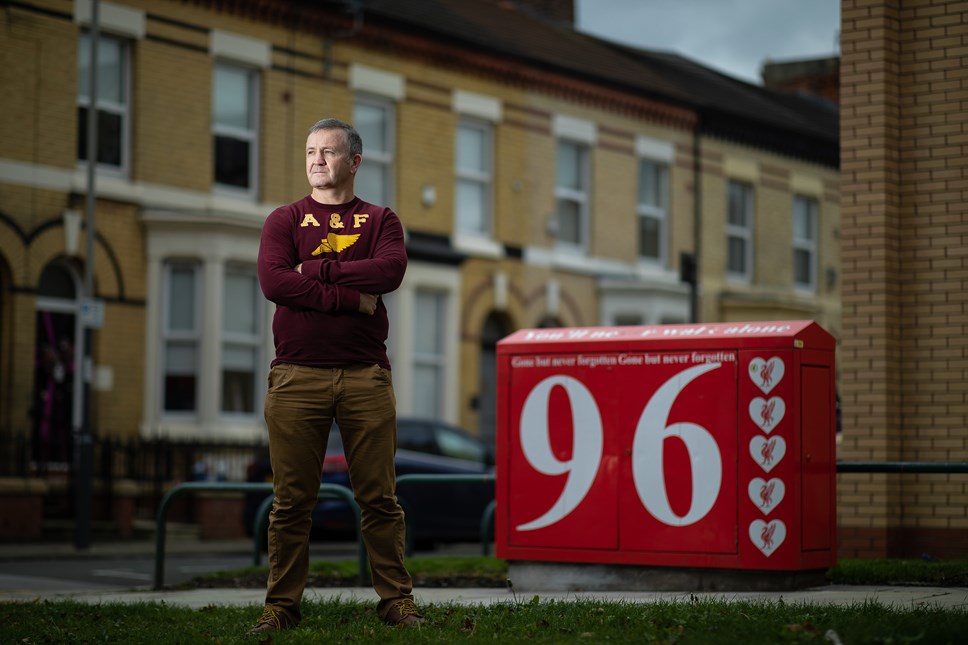 Peter Owens was 21 when he was caught up in the Hillsborough football disaster. The trauma he experienced in the years afterwards took him to the brink of suicide.

When the past brings a fear of the future

A song, a smell or a photograph are powerful reminders of times gone by. They can give comfort, make us smile.

But when that memory is painful we shut it out – or do we?

PTSD happens when someone has experienced a situation where they felt a threat to life or intense danger to themselves or someone else. Road traffic accidents, childhood abuse, life threatening illness and traumatic life events can all leave people with flashbacks, nightmares, intrusive thoughts that never go away.

“When we experience severe trauma we try to block it out, to repress it. But that memory gets stuck in your mind and can be triggered at any time, by music, something on TV, a news item maybe. With PTSD the memory comes back not in the past, but - often terrifyingly - as if it’s happening now.”

Symptoms vary but include: avoiding situations that remind you of the incident, a need to constantly check that you’re not in danger, being easily startled, recurrent upsetting dreams and self blame. Jane, a High Intensity therapist with Talk Liverpool, uses Trauma Focussed Therapy to give people an alternative way of understanding and normalising their reactions.

“People who have escaped a major incident or near death experience, or watched a horrific event and survived may have massive guilt. They may feel they shouldn’t have survived, or done more to help others. They may become convinced the event will happen again.

Jane supported Peter, who at 21 was caught up in the Hillsborough football disaster where 96 people lost their lives.

“When the memories are unbearably painful people block them out and for years they can present a front that everything is OK. But they have nightmares, flashback, often triggered by sounds or smells, happening when they least expect it. Flashbacks take you right back and focus on the scariest bits. You have no sense of reality. It’s incredibly distressing.”

“In trauma focussed therapy we look at the person’s memory of their trauma, and their beliefs about their experience. We work with them to find a new way of thinking about what has happened, and help reduce feelings such as guilt and anxiety that the memories evoke.”

Jane doesn’t promise an easy ride and successful therapy requires commitment from the client, says Jane. “It will only work if someone sticks with it, but the therapy happens in a controlled environment, and it gets easier. We can’t erase the memory but we can help them process it and learn to cope with it. They’ll still have the memory but it’ll be in the past.”

My Family Begged Me To Get Help

Back in 1989 when he and his friend joined the queue at the Leppings Lane entrance of Hillsborough football ground for the Liverpool match against Sheffield Wednesday Peter Owens was young and high on life.

In the horrific events that followed, one that claimed 96 lives, he pulled some people from the crowds was unable to reach others. Peter was only slightly injured – on the outside.

“I remember a social worker coming to the house afterwards. I didn’t say a word. I thought if I didn’t talk about it I couldn’t be affected. My family always knew something was wrong. Deep down, I knew too.

“Thoughts would come into my head that would stop me in my tracks. It was as if it was happening again rather than a memory. The song ‘Eternal Flame’ by The Bangles was a big trigger. It was the first song I heard on the way back home after Hillsborough – I’d constantly worry in case it was played somewhere. I’d look for exits in case it came on and I had to get out.”

Peter turned to alcohol to blot out the thoughts. I was drinking to forget but everyone around was affected. “My family begged me to get help. But this was my baggage; surely it was a sign of weakness if I told people I had all this stuff going on in my head and mind?”

One night in work things came to a head.

“I was in work one night, by myself. The thoughts kept coming, I couldn’t remember the last time I’d had a night’s sleep. I thought ‘I’m hurting people I love. I could hang myself from a door here and no-one would find me for a while’. But then I thought about my kids - they mean everything to me. I’d lost my own dad at 14. Plus I was too much of a coward.

It made me realise if I didn’t sort myself out, I could potentially push away everyone who cared about me.”

The call to Talk Liverpool was the first time he’d openly admitted to needing help. Embarrassed (he broke down during his telephone assessment), and consumed by anxiety he’s also open about his scepticism.

“When I saw that the therapist was around the same age as my daughter I wanted to turn round and leave. I thought ‘how can I open up to someone so young?’, but I was completely wrong. “

Therapist Jane Walker diagnosed PTSD and suggested Cognitive Behavioural Therapy. She warned the therapy would involve Peter reliving his experience over and over again.

“I dreaded it, I’d come out with my chest feeling crushed, like I’d been punched in the stomach. It was exhausting but a massive relief."

Jane invited Peter to write a script of his experience to record and play out.

“It was the hardest thing I’ve ever done. I went back there, explaining why things happened the way they did. Jane was responding, not judging, just offering an alternative way of thinking about it. She told me that I couldn’t have done any more than I did.

“Dealing with that script was the point when I knew the therapy was working. I’ve come way further than I ever thought I could. The thoughts are still there and they still scare me, but Jane taught me to think about them in a different way, as a life experience, in the past. To believe I can cope. What I also believe is that she saved me…” 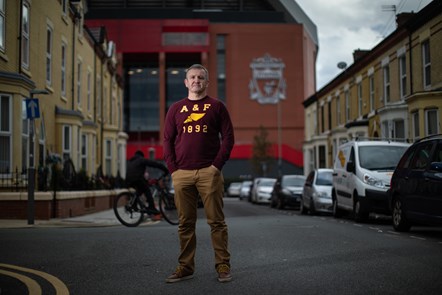