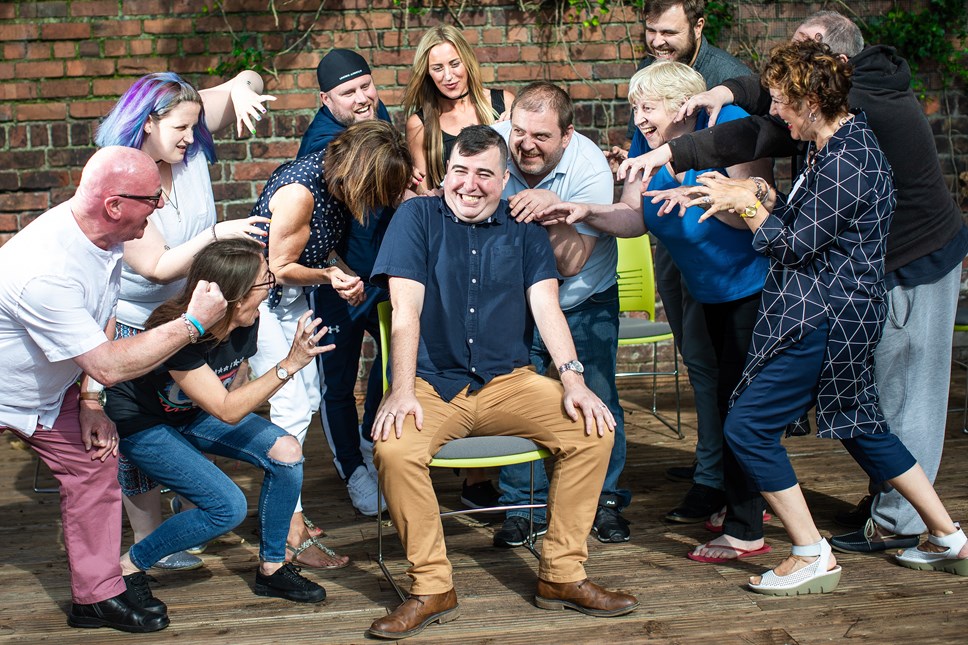 Take a seat at a show where art mimics life - and your cheeks ache from laughing.

The stage is set. The scene is a party. The ‘cast’ has only seconds to come up with a character. You feel nervous for them.

Slightly the worse for wear Dolores claims infatuation with the chap next to her – he seems fine with it. The DJ and his security sidekick are concerned there’ll be trouble and start planning their next move. Angry Angela has just seen her son in law with his best friend’s wife. She’s not best pleased.

It’s all an act – this is improvisation at its best. But we’re in stiches, and so are the cast. One man is laughing so much he’s almost crying. They interact so seamlessly it’s hard to believe this group met for the first time only a month earlier –and that they’re not real actors.

This is the last session of a four week drama course at Bootle Life Rooms. The curtain must fall, there’s a sense of final night sadness, but facilitator Mark Bell reminds the cast that there’s more times like this ahead and to stay in touch.

Bell, himself a trained actor and now recovery learning facilitator for Mersey Care’s Life Rooms, devised the Acting Up course with volunteers. “It takes you back to being a kid, when you had no inhibitions and you were at your most confident. There’s no doing it wrong here.”

He’s vital to the group, always there, ready to prompt and step in to help. There’s a mutual respect.

I’m invited to the debriefing. Marks encourages people to give themselves a pat on the back, it’s a soothing technique often used with people who have mental health issues – today it’s a true ‘well done.’

They share their thoughts on what the course has given them. June used to feel the need to apologise constantly. “My life has been so serious from childhood but you can let that go here, I’ve learned a lot I can use in my everyday life, in the way I react. That you don’t always have to say sorry.”

Carol had already experienced a creative writing group and came to learn how to develop characters. “If people want to open up in a scene they can…and they do. Mark is brilliant; he draws out ideas, gives you the hook and lets you explore it. It’s like food for thought, you don’t need the ideas to already be there, he brings them out, teases out lines.”

John is 74. He’s lived with depression and anxiety for decades. “I worried that I wasn’t ready for something like this and I didn’t really want to come but I realised as the time went on that it’s completely changed me. It’s a complete escape from your problems. Every week I go home with my cheeks aching from laughing.”

My critic’s rating? Ten out of ten for performance – the wider impact can’t be measured. 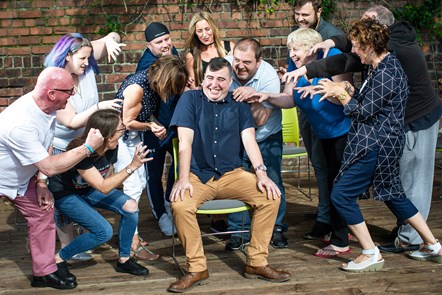 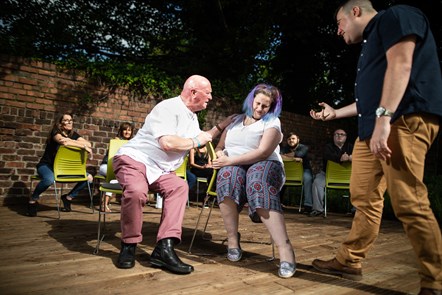